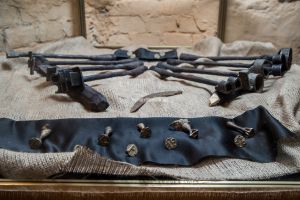 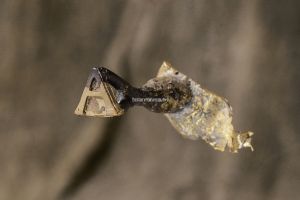 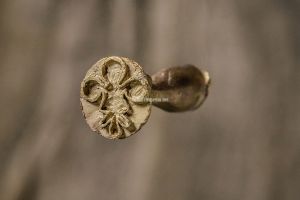 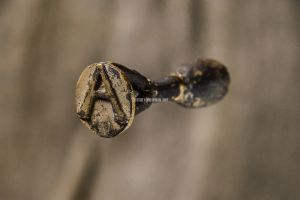 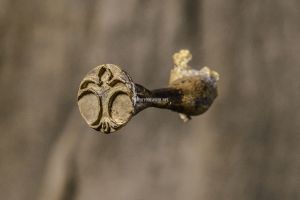 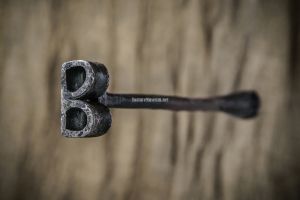 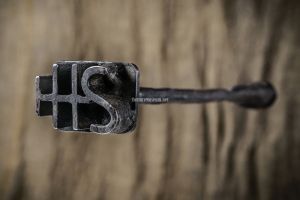 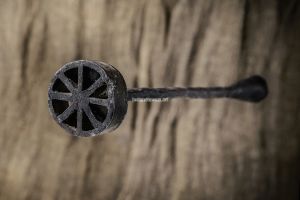 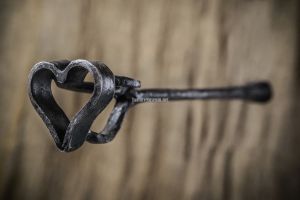 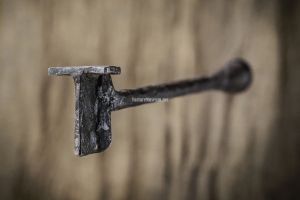 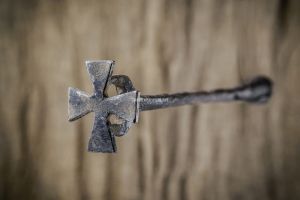 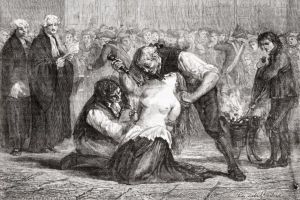 The mark of property to the human body was symbolic of disgrace, and to tell anyone apart in crowd of civilians. The event was always public, and the damage committed during the crime marked on a sign.

This bloody ritual was used by many peoples since the ancient times. The Romans burned the letter F (lat. Fugitivus – quick) on the foreheads of runaway slaves and gladiators, asserting the triumph of the Empire. In France, marking the convicts took place of the right shoulder, with the letters TF (fr. Travaux Forcés), used coolly until its outlawing in 1832. During the Inquisition, the stigma accompanied by most tortures and executions was that of iron, corrosive flesh, those suspected of heresy forced to admit their guilt and repent their sins next to a red-hot iron. The stigma was applied directly to the body of the convict. Around the times of Peter I, a special stamp was invented, in which steel needles were planted, in the shape of letters. Powder was rubbed on sores, making them clean for the needles penetration, and the man was forced to continue to exists for his eternal shame.

An interesting fact: Later on, branding would become much wider used as a response to various crimes. Tattoos today still match the ranking system inherent in the criminal environment. For example, a cross on the chest represents the highest rank, and in Russian prisons, only the King of Thieves can be named in such a way.

How can one designate that these belongings are the property of a particular owner? One must place a special label on said fellow. Throughout the ages this not-so-short-term method of notification was used not only on objects, but the human body as well.

Above heated coals of braziers lay bars with a variety of imprints. Letters and symbols glow in the twilight with a warm range of shades — from dark-red to bright white. The judge’s assistant reads aloud the verdict, on the basis of which executioner selects his branding device. The first prisoner is brought in. His face is ridden with stress, his jaw muscles in his cheeks twitching. He must suffer a penalty for an attempted escape. The executioner pulls the required rod from the brazier, and sets it onto the prisoner’s shoulder. Within an instant a loud hiss is heard, mixed with an almost inhuman growl. Thick greasy smoke spirals upwards toward the ceiling. The piece of skin to which the brand was pressed instantly evaporated due to the displacement of extreme temperature. The branded man reflexively draws himself toward the scorched spot and howls from the sharp pain. He spits something solid onto the floor — his jaw clenched so intensely from neurotic exertion that a piece of enamel separated from his tooth. The procedure is repeated many times over, one man is stamped in the chest, another branded on his hand, though the most hopeless one of all, on his forehead. Each time the branded man’s reaction forces those observing the torture to wince. One of those receiving the burn fills the surrounding space with a whelp of pain, shouting and swearing nastily. Another, on the other hand, directs the rage within himself, restraining roars and breathing through clenched teeth.