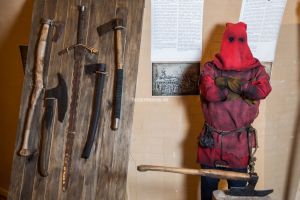 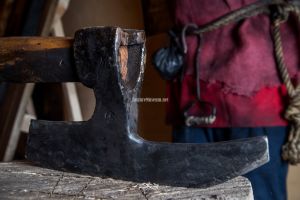 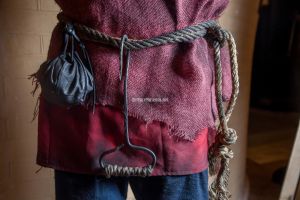 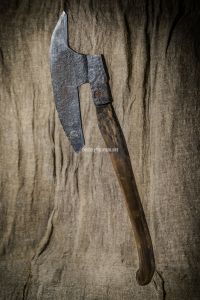 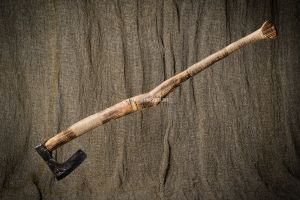 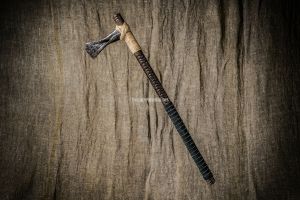 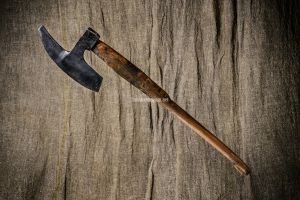 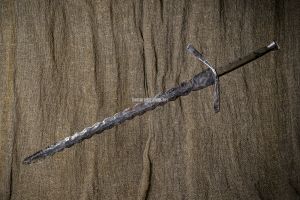 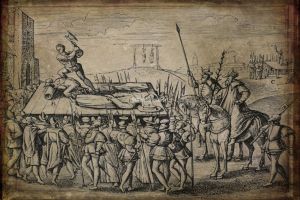 Decapitation – the kind of death that has existed for thousands of years. In medieval executions, the heads of criminals were used as displays in public in order to intimidate and suggest the error of others’ ways in the face of the law.

Prior to the beginning of the process of humanizing the penal process with the invention of the guillotine, executions were carried out with an ax, sword, or poleaxe. This punishment was actually considered noble. Only aristocrats and dignitaries could count on decapitation, while commoners prepared themselves to be cast to the stake or to the gallows. It was believed that death in these instances was instantaneous upon the head being severed from the body. However, this sort of rapid beheading required the skills of a considerable executioner. The blade of his weapon had to be well-sharpened, otherwise strikes had to be driven several times over. The eyes of the victim had to be tied to avoid the inevitable and sudden movements made of of panic during the decisive moment.

Contrary to popular belief that the vital functions in the head continue after 10 seconds, this is nothing more than fiction, as unconsciousness occurs a mere 300 milliseconds after the cut-off. The ability to feel pain disappears irreversibly since the higher nervous system activity is stopped. For a few minutes, however, muscle spasms might occur out of reflex.

Decapitation is still practice in some Muslim countries. The Mexican and Colombian drug cartel gangsters mercilessly behead rival traffickers with machetes and chainsaws.

Punishment by severing the head — what could be more prosaic? Incidentally, this is a complete work of art, and the executioner carrying out the penalty must be a master at his own craft.

The dead-man helplessly places his head onto the chopping block, and time ceases for him. The executioner deliberately takes his time. He demonstrates his axe to the public, tosses it up, and deftly grabs it by its polished shaft. Its sharp edge creates reflections of playful sunlight. Bringing the axe up, then twirling it above his head, he strikes and extracts a juicy, fleshy sound from the criminal’s neck, a noise conjoined by the deaf impact on the wooden block. A fountain of blood spills from the man’s exposed arteries, the severed head blinking in surprise. Such is an ideal decapitation.

If in the verdict there is stated the following point: “Painful Death”, this is enough to replace the executioner and his tool. How much suffering could an incompetent trainee possibly cause our sentenced man? He does not force the axe along the same angle, but actually misses by a couple of inches, striking closer to the spine. The blade gets stuck in the vertebrae, and aforementioned doomed soul wildly agonizes in unexplainable pain. Meanwhile, the would-be executioner does not think it through to take hold of a smaller hatchet, and with its help, hack through the unvanquished neck. A similar result could be accomplished by a proper administrator with a blunt axe. By the end of the ceremony, his apron will be littered with the scraps of bones and spinal fluid.

An executioner’s greatest career achievement — decapitation by sword with only a single blow. The power and trajectory of such a motion must be calculated in a way that creates the most effective slicing apex, something that happens very rarely in actual application. A master capable of such a feat is worth his weight in gold.