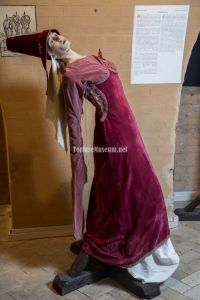 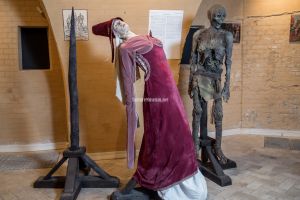 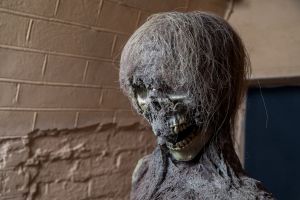 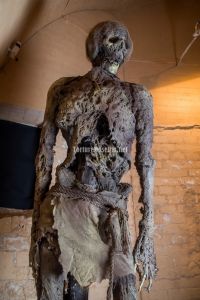 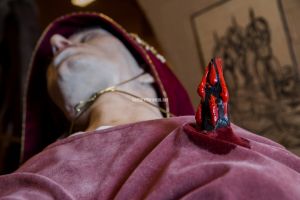 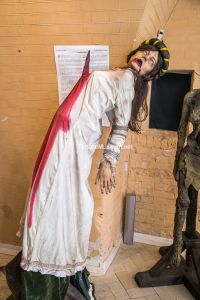 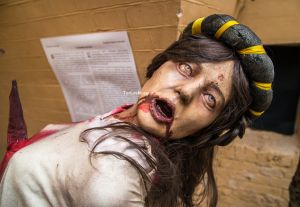 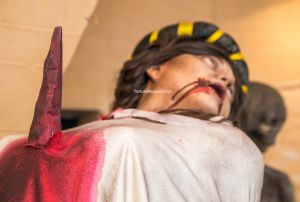 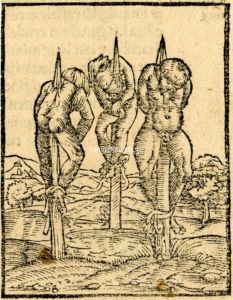 Impalement was used throughout the ancient world. This punishment was widespread across the Middle East, the Mediterranean, and Ancient Egypt. Its first mention dates back to the beginning of the 2nd  millennium BC. Scenes of similar punishments can be seen on excavated Assyrian materials. There are those numbered as being sentenced for arbortion in addition to other grave crimes. Assyrian relics also depict two types of executions: piercing through the chest and through the anus.

In the Middle Ages, impalement was one of the major types of violence in the Middle East. One leader known as Vlad Tepes (Vlad Dracula, Vlad the Impaler, Vlad Koloyub) had a reputation for his passion for this punishment, as well as other acts of cruelty and bloodlust. According to instructions of the executioners, the sacrifice was placed on a sharpened pole (sometimes rounded and oiled) which was then lifted vertically. Due to the upright position, the victim’s own body drags it downwards through the anus or vagina by a few dozen centimeters. Anatomically, women died of blood loss right away. Men, on the other hand, could go on for days, as the pole passes through the anus, damage to the vital organs occurs and death becomes imminent. Sometimes this longevity is added to by a horizontal bar disallowing the body to slip too far down too quickly.

There is documented evidence to suggest the prevalence of this execution on the territory of Russia during the reign of Ivan the Terrible. In 1614 in Moscow, Ottoman of the Don Cossacks Zarutsky was impaled. Peter I was dealt with his wife’s lover, the wife Evdokia being exiled to the monastery, as evidenced by stories of the Emporor’s contemporaries.

According to Ritter, such a penalty shall be applied to the inhabitants of South Africa. The Zulu punished witches and soldiers so cowardly, but the embodiment is characterized in the pose of the victim, who is on all fours, with several sticks hammered into the anus, all 30-40cm long. He is condemned to die an agonizing death in a shroud.

An interesting fact: A variety of torture was acquired through the use of Chinese bamboo, upon which guilty were hung. Sprouts could be sharpened and germinate fairly quickly, piecing the crotch and delivering and incredible suffering for several days.

A curious fact: Some prisoners, condemned to impalement by stake, gnawed through their tongue and veins, or smashed their skulls on a sharp edge of a wall. They chose suicide, in order not to deliver themselves unto such a monstrous sentence. Don’t understand why they did this? Then take a look!

An enemy spy, hands and legs bound and mouth gagged, is literally dragged through dirt and mud. He, however, wiggles like a worm trying to postpone even a second’s worth of this fateful ordeal. One of the guards steps on his neck with a heavy boot and removes the gag. The executioner takes hold of an aspen stick as thick as a teenager’s wrist, and looking over the sharpened end with a sadistic grin, he brings it up to the face of the doomed prisoner. At this point, hysterical swearing and cursing begins. It’s all directed at the tormentors in the language enemy of the State. This merely reconfirms his guilt. The pleased executioner takes a heavy hammer and dips the edges in a bucket of melted fat. Then, placing the stake between the buttocks of the sorrowful, whimpering man, begins to push. A soul curdling scream explodes from deep inside the unfortunate prisoner. With every drive the stake moves deeper into the rectum. Using the combined strength of three executioners, the pole is erected vertically. Now the sentenced man slowly slides down the sharpened end, although the tormentor tries not to overdo it. The stake tares through his innards and a thick stream of mucus trickles down to the ground. The man cries out like a newborn and gasps like a wild beast from weakness, pain, and humiliation. He dies at daybreak and the crows flock to his glazed-over eyes.