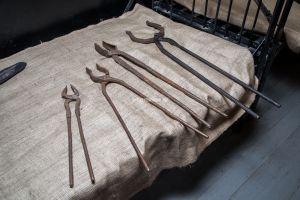 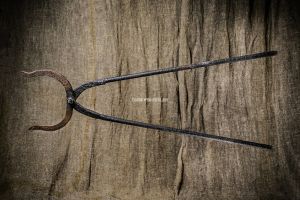 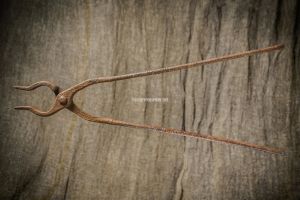 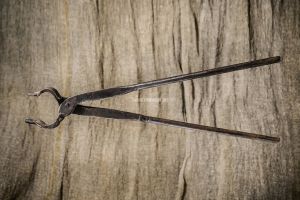 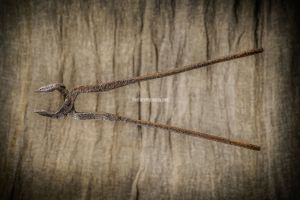 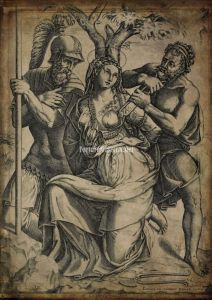 The Stand of Forceps

Tongs served as an instrument of torture, widespread throughout the Middle Ages. Their purpose was to inflict suffering on dissidents and potential witches. Differing kinds of interrogations meant finding better ways was becoming harder to imagine.

Previously red-hot metal tongs could be applied to the body. Executioners could torture the condemned soul for a long time, affecting the most sensitive areas of the body that due best aggravating pain.

Tongs are usually used as an adjunct in an attempt to force the offender to confess their sins, passing by those inquisitors heavily involved in the battering of other available tools. Particularly resistant victims were prepared for the following fate: molten lead poured down their throats, destroying vital organs.

It is said that a for a talented inquisitor it is enough to own but one set of forceps with which he can make person confess to any crime. So why here do we have assembled such an assortment of snipping devices? Perhaps this is all a matter of his internal pursuit of a diversified portfolio!

Just look at what these primitive tools are capable of! Pliers with flat lips tightly pull and squeeze sensitive skin areas, making a person squirm like a worm atop the torture table with a single procedure alone. The black blots of hematomas appear within seconds. Smaller versions of such devices are perfectly suited for stripping nails. The demonstration of a bloody nail, with a piece of flesh dangling off it, often profoundly influences the course of inquiry. Some torturers tug out the nostrils of their victims, or the upper eyelids, without which they will never enclose their eyes again. Large pliers leave battlesome criminals without toes, and sometimes without nasal cartilage. If mutilation is prohibited, the executioner polarizes the forceps on a fire, and methodically scorches the victim’s feet, stomach, and chest. If before the executioner appears a man sentenced to death, the final argument of the torturer’s conversation with the condemned man might end in castration by a red-hot, serrated trimmer. This trimmer is reminiscent of the predacious grin of river predator. It is difficult to imagine a more brutal torture.

This is not all, however. There exist legends of executioners capable of using ordinary, hot tongs “to peel” a human being like an onion bulb, layer by layer removing the skin from its muscles without going all the way through to the bone.