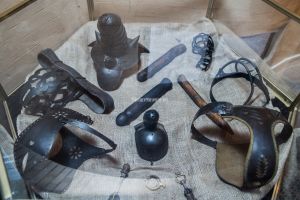 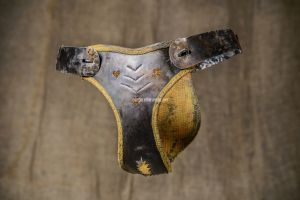 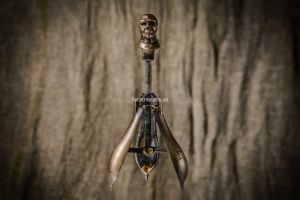 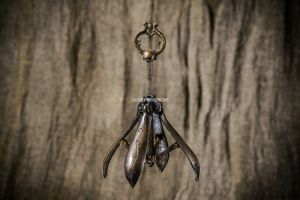 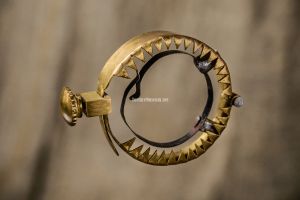 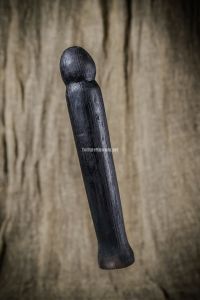 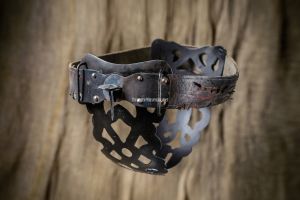 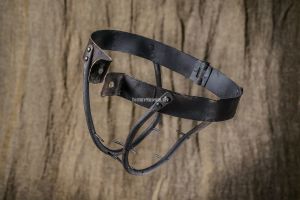 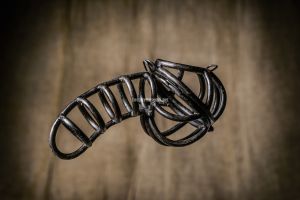 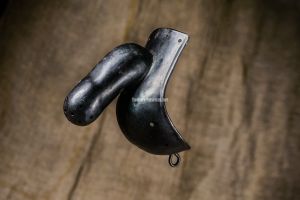 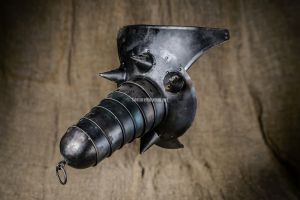 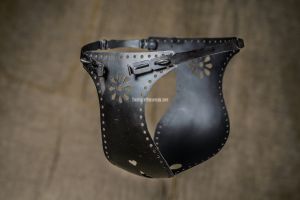 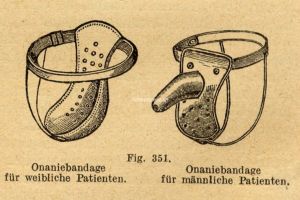 The desire to curb human passions and the approval for power over the most deep-seated motivations, lead to the creation of some of the most sophisticated and intricate devices of torture known to man. So there now exist anti-masturbatory rings and chastity belts.

The earliest instance of the female chastity belt was discovered in Austria by the famous archaeologist Anthony Pechindzerom and belongs to the XVI century. These tools were very popular among knights, those going into campaigns and too conscious of the loyalty of their spouses. They chained wives up and took the key away with them. Although one is able to defecate in them, they make hygiene almost impossible. Over time, the model’s measurements were improved, and the creation of locks was engaged in by jewelers. Keys were produced as a single copy, and picks to them could not be created. In addition, anyone returning from distant lands could see how many times his missus tried to escape from her ‘captivity’ which a device modified to “pinch off” a piece of the material it was protecting, every time someone tried to open it without the key.

But among the intimate forms there existed even more terrible devices. For example, pears and wooden phalluses. They were often used in conjunction with the interrogation of witches and heretics. Both instruments were designed to break the most sensitive of organs. Using the pear as punishment was considered more severe, since before it is applied it is heated, then injected into the mouth, anus, or vagina. When the screw tightened, the pear segments were released to allow for maximum carnage. Victims of this device could very quickly die from blood loss and painful shock.

An interesting fact: The chastity belt was considered to be leather straps, which in Ancient Rome, were used by slaves in trying to prevent pregnancy. Later, their purpose and type were transformed into their iron counterpart.

One of the main factors that drives a human being — that is the instinct to procreate, and the pleasures involved. The people who first realized this simple truth began utilizing it for the complete manipulation others. For this, many sophisticated devices have been contrived.

The husband of one beautiful girl, leaving for the far reaches of the land, safeguards his relationship from adultery. He’s asked a blacksmith to forge for her innovative underwear made from strong iron. For these next few months she won’t be able to sit nor move normally. The “chastity belt” rubs against her hips and crotch, limiting not only her sexual instinct, but also her unwashed body’s access to water.

Young boys born into religious families often suffer nightly from pain derived from the pressure applied to their sexual organs by protective caps made from metal rings, or splints.

The second type of device is used to mock actions of sexual nature, and for the aggravation of said mockery into truly monstrous forms.

A woman suspected of witchcraft is tightly bound, stripped of all her clothes, and stretched across and torture table in an obscene position. Executors take hold of wooden, oblong objects, not always anatomical in shape, and mimic sexual penetration. They do this in such a rough a manner that the unlucky sufferer experiences horrible pain and burning sensations. Gradually, the torturers gets her to bleed, as well as recognize all her sins upon this Earth.

A separate example of cruelty and inhumanity takes the form of a mechanical “pear”. It’s introduced into the natural cavities, the same way in both men and women. Already in and of itself it causes terrible torment. Then the executioner turns a screw, and “petals” unfold, tearing off bodily tissue inside the subject. After such torture, mercy means a quick death, as the victim will no longer be able to walk, nor adequately perceive their reality.