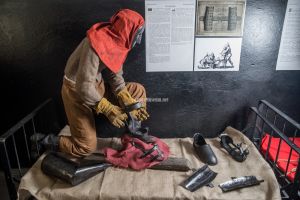 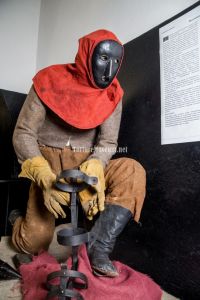 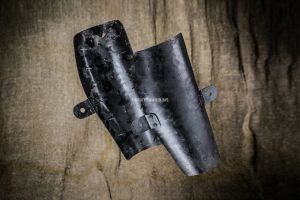 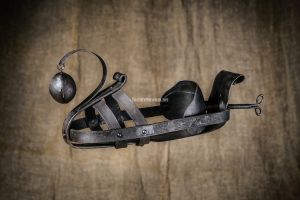 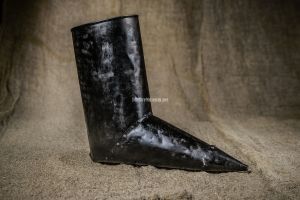 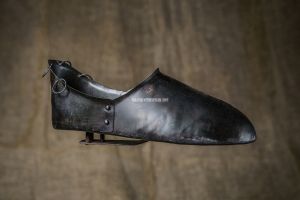 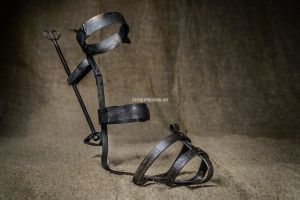 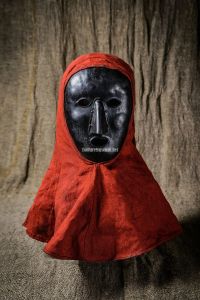 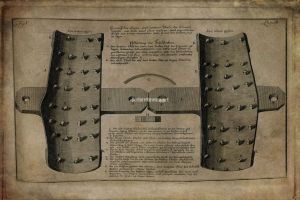 The “Shoes” are symbolically referred to as instruments of suffering designed to injure, compress, and deform one’s lower extremities.

At different times, and in various countries, these weapons too on varied forms. One of the most famous was the “Spanish boot”. The design consisted of a group of vertical boards into which criminal’s legs were fit.. The holes were filled with stakes, hammered in by the executioner who tore through ligaments and crushed the bones of the victim. Other varieties of this shoe included spikes. Made of iron, these spikes pierced the feet of their victim. The mid-sole cusps could be made red-hot- worsening the torture significantly.

No less cruel was the bizarre and exotic ancient Chinese custom which existed for 1000 years. Women who have not yet undergone the “foot-binding” would be horror-stricken and full of disgust. They would be be cursed, despised, and insulted. Therefore, to conform with the beauty standards of their time, starting at age 5, it was imposed on them to wear tight bandages. The bandages were a crippling ban of suffering. The women actually had to walk on the outside of their feet and at the bend of their toes. Fossilized calluses were formed, nails grew into the skin, bleeding there was stopped by blood and pus, until circulation eventually stopped.

There is a widespread belief that foot binding arose among the dancers of the imperial harem. Somewhere between the IX and XI centuries, Emperor Li Yu ordered his favorite concubine to become the ballerina on call. Legends put it this way:

“The Emporer Li Yu had a favourite concubine by the name of “Beautiful Girl”, who had a refined beauty and was a gifted dancer. The Emperor ordered a golden lotus be made for her, around her height, decorated with pearls and a red carpet at the center. The dancer was then ordered to tied a foot with white silk cloth and bend her toes so that the bending looked like a crescent moon. Dancing in the center of the lotus, the “Beautiful Girl” spun, reminding one of a rising cloud.
An interesting fact: There was an original steel model with a view much like that of the shoe. The size deliberately didn’t match the foot’s length, and the prisoner was regulated via special screws. But, first and foremost these iron boots were instruments of public shaming. The model was supplied with a bell and criminals were forced to walk the streets in them.

There is an English proverb: when the new shoe beings to pinch, remember the old shoe. I assure you, the shoe that you can try on here you will never forget.

Take a look at which ones are the original models. The famous “Spanish Boots”, classic style. Most people who try on these “boots” will never put on any other shoes. Two wooden planks with clamps tightly clasp the heels, immobilizing the legs up to the knee. The able master takes a pointed wedge and small sledgehammer. The first blow is applied to the the ankle bone, and before the victim recovers from the painful shock, the wedge bludgeons the lower legs in another two spots. “Not too tight for you?” the executioner asks helpfully, having heard the convincing groan, and with an easy move of his hands crushes the cartilage under the patella.

Less extravagant shoes do exist. An iron boot whose tightness is regulated via special bolts. In giving someone these shoes, you can easily and courageously them home — he would sooner prefer to walk home on his hands than on deformed feet pulsating hell with each step. Or elegant slippers with a lock whose insides are filled with burning coals and placed over the foot. It is hard to believe the speed at which a person will dance from foot to foot. When the slippers are taken off, the extinct coals are unable to be removed from the dried flesh. There is a model with a open top. They have a heavy sole, and a bell, attached to the toe, prevents the “fashion-monger” from taking even a single step, leaving them unnoticed. You can try on any one of our masterpieces. At the least, this boot with spikes on the inside.